We have been drowning in work since our Kickstarter campaign ended (which is actually the whole year!), so we had no time for the blog – sorry for that! We are very close to deliver the Kickstarter rewards to our backers, so it is time to revive the blog, and give you a short summary about what happened in the last 10 months and also about our plans for the future. Let’s get started!

The Kickstar campaign was an emotional rollercoaster with it’s ups and downs. During these 30 days we learnt a lot about Kickstarter, what kind of product you would really like to have, and most importantly, we learnt lot about ourselves working as a team. We want to send a HUGE “Thank You!” to our backers, who trusted and supported us during the campaign. It really meant a world to us!

Some of you have asked us, what is the secret sauce that our Kickstarter was a success, while bunch of similar projects fail(ed). It is hard to tell, but I think that most important factor is the transparency. We always tried to communicate our progress with all our obstacles and setbacks. We wanted to give all backers a clear view about the project (sometimes we failed to do it, to be honest) to avoid them to feel to be scammed – for me, that’s the worst that could happen.

SORRY, THIS PART IS MISSING

After the Kickstarter campaign we jumped into mass production. We thought we have all the prerequisites for mass-production, and we will be ready within 2 or 3 weeks so than we could start the testing period. We were sooooo wrong!

Till this time all the modules have arrived, so we started the testing period. Check out these beauties:

The first 50 units of the AquaShield Control Module

Due to the delay, we had more time to work on AquaShield Connect, which is tha AquaShield’s operational system. Eventually now AquaShield has much more functions, than it has with the original concept. We made quite a complex system (yet easy to use), that could make your life more easier.

AND THE SHIPPING DATE IS?

Testing (and bug-fixing) the whole system is a remaining task, that we are actually working on. The AquaShield could be preordered in 4 configurations at the Kickstarter campaign, so it is necessary to test all configurations before shipping. According to our plans we will deliver the product in 4-8 weeks (from now).

We had backers from all over the world, even so we will have to find a shipping company to deliver our products. This will be the last puzzle piece, and the end of our journey regarding to Kickstarter.

Beside the Kickstarter campaign, we are just getting started. We got  some real valuable feedbacks and plenty of questions in the last 10 months, about sensors and functions that which you would love to have in your AquaShield.

We are focusing on these topics:

Moreover we are planning to expand our product line with the following sensors:

BUT WHY STOP HERE? CONTROL EVERYTHING WITH AQUASHIELD!

Beside the functions more areas of use came up by now (next to aquaponics and hydroponics), so we are planning to produce dedicated AquaShields for the following fields.

Monitoring and controlling for

These ideas came from YOU! It seems, that AquaShield could have a lot of undiscovered areas of use. It’s awesome!

We alredy started to experiment with different applications for AquaShield: AquaScaping could be one of these

SOOOOO ARE YOU GONNA BE A REAL COMPANY?

You can bet on it! Every backers will receive their AquaShield within the next 2 months (until the end of this year) so the first live tests will start. We have a lot of new ideas for the AquaShield Version 3, however, we want to take into consideration your experiences and suggestions. We are very interested about your feedback, whether it’s positive or not.

We promise, we won’t slow down, and we already planning to launch the pre-order of AquaShield V3. If you don’t want to miss it, please subscribe to our newsletter and we promise to keep you always updated. 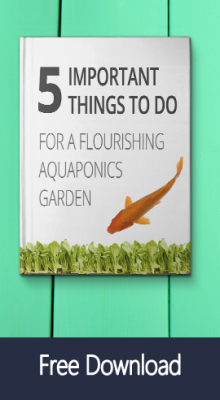 We are creating is the most advanced system that helps you to monitor and control your hydroponics or aquaponics setup. It is the AquaShield Control.

Any cookies that may not be particularly necessary for the website to function and is used specifically to collect user personal data via analytics, ads, other embedded contents are termed as non-necessary cookies. It is mandatory to procure user consent prior to running these cookies on your website.